How the Budget Gets Passed

How does the state budget get passed? The state's fiscal year is from July 1st through June 30th. The California Constitution requires the Governor to submit a proposal for a balanced budget to the Legislature each year by January 10th. Budget committees in both the Senate and Assembly analyze the proposed budget separately. The Senate and Assembly committees then each present a budget bill to their own house for passage.

A Budget Conference Committee works out differences between the Senate and Assembly versions of the budget and sends it back to the two houses for approval. The Legislature's approved budget is due by law by June 15th but historically was often late due to difficulties in reaching agreement. It is less likely that this will be an issue, as voters approved Proposition 25 in 2010, requiring a majority vote rather than a two-thirds vote of the Legislature for the budget to be enacted. However, a two-thirds vote is still required to raise new revenues.

Once approved, the budget is sent to the Governor to sign. The Governor has the ability to veto particular spending line items in the budget.

Numerous people and agencies participate in the budget process. These include: 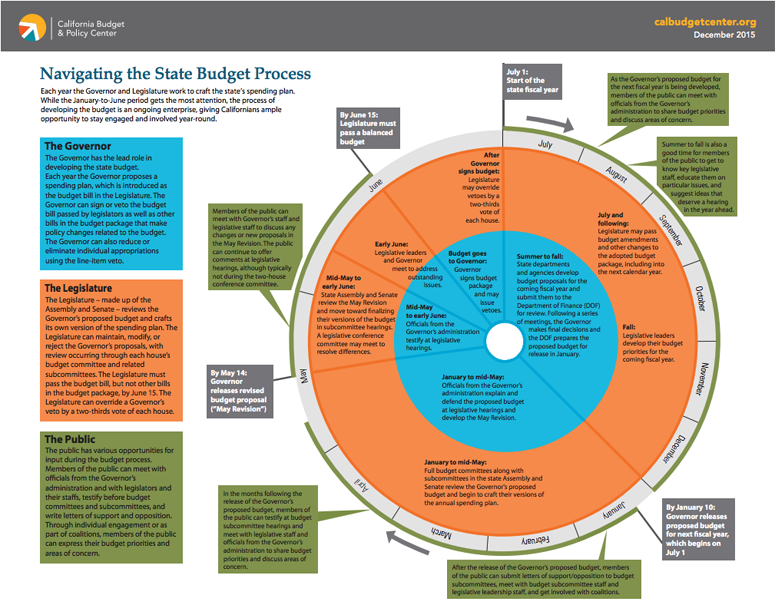